Art, Design, and the Arduino: A Lineage 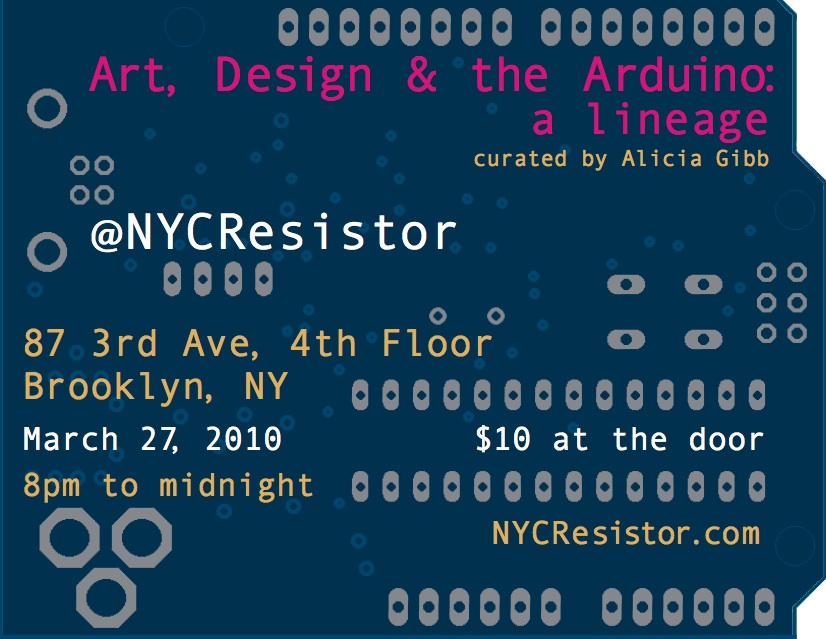 Art, Design, and the Arduino: A Lineage was an international art and design show based on my master’s thesis: New Media Art, Design, and the Arduino Microcontroller: A Malleable Tool. The show exemplified art pieces that used a derivative of the Arduino modified for both purposes of form and function. Board modifications, which were often done by the artists or designers themselves, were shown alongside their artwork. In addition to the works of art, the history of the Arduino board itself was also presented in a linage, starting with the original prototype.

View a video of the show from IEEE.

View images from the show.

Art of the Game

Art of the Game was conceived while playing and hacking on video games. Video game design itself is regarded as an art, and I wanted to explore other forms of art in game. Many creative attributes have been remixed to popular and historical games, as both a cultural critique and as an aesthetic expression. I curated Art of the Game to bring together a mixture of sculpture, photography, video art, online games, and handheld devices. The vast majority of pieces were interactive save the photographs and projected videos.

View images from the show.