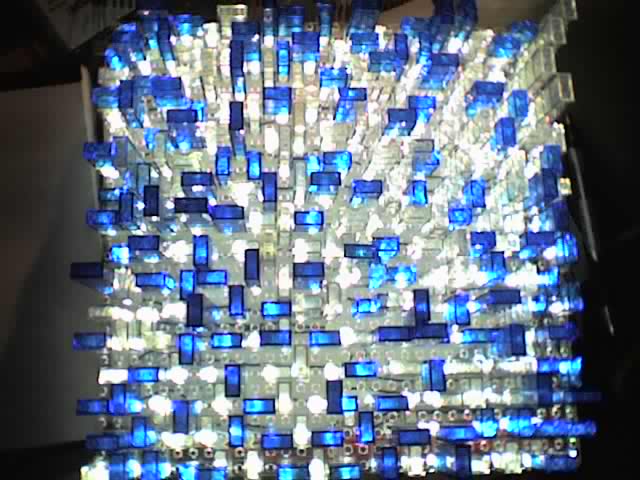 The Matrix LED light grid was created using a grid of 256 LEDs, and Arduino and MAX7219 display drivers. The transparent LEGOs, either clear or blue, snap on to a base grid covering the LED grid in direct relation to the scale of placed LEGO dots. The grid uses logic in one of two ways. Set to the instructions program, the LEDs will light up in sequence following an instruction pattern to create a specific object, such as a building or a ball. Using the LEDs as an instruction guide, the user does not require a separate instruction guide to put together the object, making the directions part of the physical object. The second mode of logic is random, as seen above. Here the LEDs light up with a randomization program, asking the question who is the artist and who is the designer. This mode places the human being in the position of technician, while the computer controls the aesthetics of the design, reversing the typical roles of designer and computer. Check out a video of it in action! This project was created with Becky Brauer.

Further research on this topic was presented at Sketching in Hardware 2013: Form, Function, and Instruction.