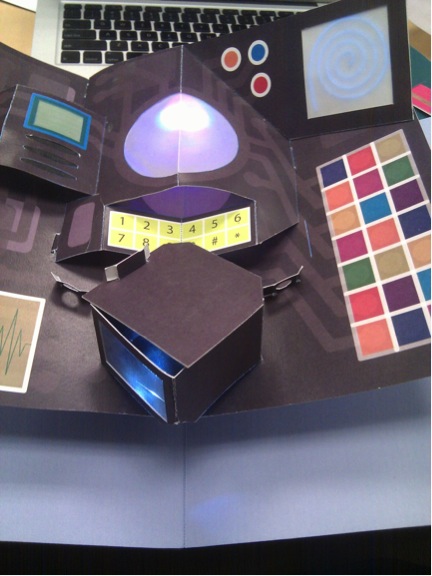 This book was inspired from the cultural youth nostalgia of Penny’s Computer Book from the cartoon Inspector Gadget. The goal was to make functioning computer books which communicated wirelessly via triggers to instigate each function. It was created with an Arduino Teensy and Xbee wireless communication between two books. The features of the book included hacked walkie-talkie parts, EL wire, and LEDs, all triggered by the other communicating book. This book was developed at NYCResistor with Catarina Mota and Shelby Arnold for the Future of the Book Workshop during Creativity & Cognition 2011.